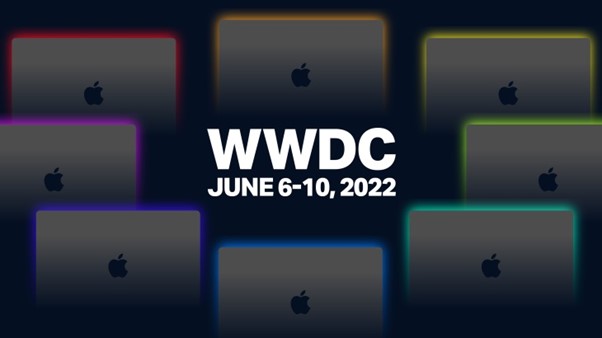 Apple’s annual Worldwide Developers Conference (WWDC) took place from this week from 6 – 10th June at the company’s headquarters in Apple Park in Cupertino, California. During its much-anticipated Keynote on Monday, the tech giant announced the next versions of its operating systems updates that are set to be released in the Autumn, along with some notable new hardware to run them on.

If you weren’t able to catch the conference live, here’s a list of Apple’s biggest announcements.

The latest version of the iPhone’s operating system focuses largely on customization. Apple has announced iOS 16 and the update brings a totally revamped and customizable lock screen interface. This lets you add widgets, change the font and colours of the date and time, and choose a different image for each lock screen you create.

Notifications appear on the lock screen differently, too. Instead of piling up across the screen, they “roll in” at the bottom of the screen. Live Activities like music playback can expand to fill the lock screen.

iOS 16 includes a revamped Dictation system featuring a cleaner interface that makes it easier to switch between voice and typing, as well as automatic punctuation and support for emoji insertion. Unlike on previous versions of iOS, the Dictation panel no longer replaces the iOS keyboard. Instead, with iOS 16, the keyboard remains open and visible, letting you type if needed during dictation. Dictation will now also automatically add punctuation to your text and has support for adding emojis by simply saying phrases like “smiley face emoji”.

On a privacy front, iOS 16 introduces a new feature called Safety Check, which can help you quickly revoke access for someone threatening you, sign out of iCloud on all devices and limit Messages to a single, in-hand device.

The above features being introduced in iOS 16 are also set to come to iPadOS 16, however iPadOS 16 will offer a few features specific to the iPad. The most notable of these is Stage Manager, which offers an easier way to manage multiple apps. With Stage Manager, the current app will float in the centre of the display while other open applications will sit down the side, ready to be dragged and dropped into place. Stage Manager will be available exclusive to the M1 iPad Air and M1 iPad Pro.

Collaboration features are also coming to office apps like Pages, where users can share and edit central documents, similar to services Google offers on Sheets and Docs. Apple’s version will work like a thread with participants alerted to changes as and when they happen.

Apple has redesigned the MacBook Air, and it’s with the M2 chip in mind. You get a bigger and brighter 13.6-inch display, a faster M2 chip and a better 1080p webcam in a much more compact design that’s 20% smaller. And the four colour options (Midnight, Starlight, Space Grey, and Silver) add a dash of style to this powerful laptop. The 13-inch MacBook Pro also gets the M2 chip, with better performance thanks to an active cooling system. It hasn’t been redesigned, though.

Similar to iOS 16, this year’s Apple Watch software update focuses more on improvements than big features. Apple has added a number of new health-tracking features to the Apple Watch. These include the ability to monitor sleep stages and log your history with irregular heartbeats running metrics through atrial fibrillation tracking. In addition, watchOS 9 also adds four new watch faces.

macOS 13 also sees a surprising number of changes, including a new name after the Southern California coastal city, Ventura. The highlight here is Stage Manager, the new way of multitasking that puts the app you’re working on front and centre. Also impressive is a feature that will let you seamlessly use your iPhone as a webcam on video calls in macOS Ventura.

WWDC gave us a lot of new information, and we’re sure there will continue to be more developments as we get a chance to digest all these announcements.