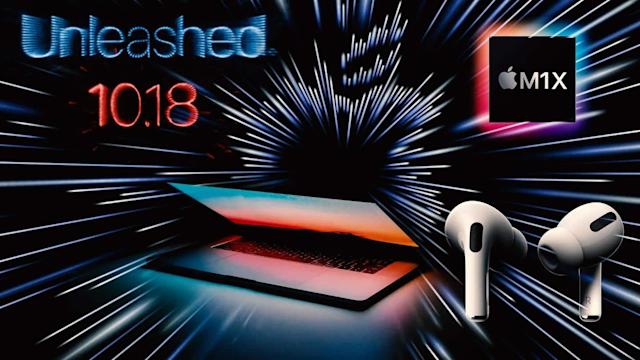 In what was Apple’s second Autumn event of 2021, the company announced the new Voice Music Plan, the AirPods 3, new HomePod Mini colors, and — of course — new Macs. Let’s check out the highlights of the Unleashed Event that took place on 18th October.

Apple has unveiled a new Voice Plan for Apple Music which will be €4.99 per month.

You can use only your voice through its Siri voice assistant to access all Apple Music content across Apple devices. It will be available soon in 17 countries including Ireland.

Non-subscribers can sign up for a free, seven-day trial without auto-renewal to try out Apple Music Voice Plan before they commit.

Users can subscribe to the plan with Siri by saying, “Hey Siri, start my Apple Music Voice trial,” or by signing up through the Apple Music app.

You can request music to be played across all of your Siri-enabled devices, including HomePod mini, AirPods, and iPhone.

There will be a dedicated section called “Just Ask Siri” with tips for how to optimize Siri for Apple Music.

You will have full control over your music with your voice including unlimited song skipping.

Not included is some of the premium offerings from Apple Music such as spatial audio and lossless audio. Also, you cannot download the songs onto your phone or make playlists.

Still, this should be a game changer for the casual listener who owns a HomePod mini and wants access to Apple Music’s streaming service at a reduced price.

Apple launched a new mid-range option of AirPods, the AirPods 3.

Physically, these new AirPods have a stem that looks like AirPods Pro. They also use the squeezing method for control, rather than the tap method used in AirPods 1 or 2. They don’t have ear tips or active noise cancelation.

They are semi water resistant so will survive a sweaty workout or a soaking in our Irish weather when out for a walk. Officially they’re rated IPX4 water resistant.

They will also support spatial audio for a better listening experience on compatible services. AirPods 3 will cost approx. €200.

Apple announced the Apple HomePod Mini is now available in orange, yellow, and blue. There are no changes on the inside, no new processors or upgraded speakers.

For Pro users the big launch was the MacBook Pro. The new MacBook Pro, in 14- and 16-inch sizes, is completely redesigned. The speed is much faster than the M1, the screen is far better, the I/O is improved, and MagSafe has made its return to the MacBook line-up.

On the outside, the MacBook Pro is slightly larger than the M1 model it replaces. The keyboard is all keys, with the Touch Bar finally replaced by full-sized function keys. The arrows are also in the inverted T shape and the power button doubles as a Touch ID sensor.

There are three Thunderbolt/USB-C ports, any of which can charge the machine. An SD card slot, HDMI 2.0 port, and headphone jack (capable of handling high impedance headphones) gives users a wide range of options compared to the strategy of USB-C for everything that we’ve seen in previous generations. An updated MagSafe port rounds out the I/O and allows the computer to have a 50% charge in just half an hour. It also has an amazing battery life with up to 21 hours of usage depending on the tasks you are doing.

You can watch back the full Apple Unleashed event on YouTube.