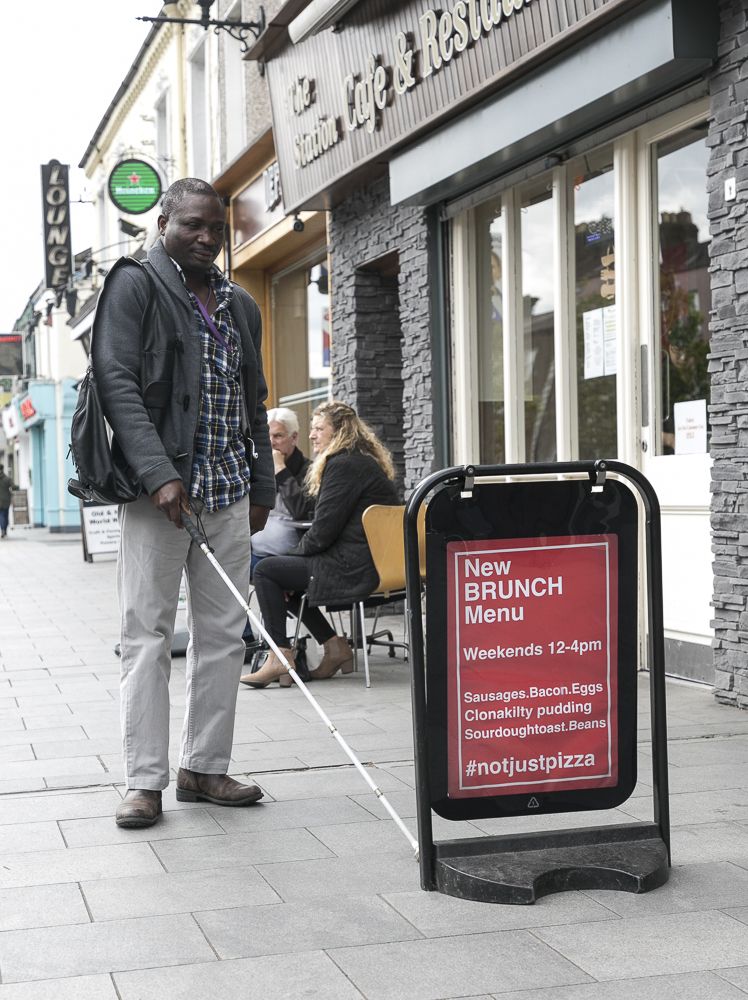 Support our #Clear Our Paths Campaign

NCBI’s #Clear our Paths campaign was launched 13th May. The campaign urges members of the public to think about the obstacles on our footpaths that make safe and independent travel difficult for people with sight loss. These include cars parked on footpaths, wheelie bins, election posters, overhanging branches, dog litter and bicycles tied to poles. Obstacles such as these can lead to injury and make each journey more difficult for someone with low or no vision.

Members of the public are largely unaware of the implications of their actions. For example, parking on a footpath for a quick dash into the shop leaves a person who is blind or vision impaired with no other choice but to walk out onto the road and into an unfamiliar and unsafe space.

Watch our video showing the difficulties that people with impaired vision face on a daily basis, as they try to navigate their way through towns and cities countrywide: www.youtube.com/watch?v=Y-aTsSn6_KI

The sole aim of our campaign is to encourage everyone to play their part and keep footpaths clear of temporary obstacles which have a significant negative impact on the almost 55,000 people living with sight loss in Ireland. Simple actions such as cleaning up after their dogs, respecting the traffic laws and not parking on footpaths, taking in their bins after collection and trimming overhanging branches. These are not onerous requests, and the difference they make to someone with sight loss is impossible to quantify.

Noreen Carter, who has a vision impairment, gives an account of her daily journey to navigate the obstacles on the footpath:

“As I venture into town from my house I first encounter a bicycle on the footpath.  I am grateful for my white cane. It is a lifesaver because one trip can change the course of my life and lead to further disability.  I continue on and encounter a full wheelie bin right in the middle of the path. I have no choice but to step off the path and onto the road to get by.  Further down the road, a huge briar is hanging down gets caught in my hair. I am lucky it could have been my eye. A little distance on, there is a huge jeep totally blocking the path and once again I have to step off the path onto the road. And finally, disgustingly I slip on dog litter.

I think if the general public were aware of their actions they would be more mindful.  All of the above obstacles could have been avoided so that people who are blind and visually impaired could instead have had a pleasant and safe journey. Let’s have a stress-free and safe zone on our footpaths”.

Bianca Young, an NCBI service user in  Dundalk, Co Louth says that “Cars” parking up on the footpath in Dundalk town makes it impossible for me and other people with disabilities to squeeze past. Sometimes, I have to step off the footpath onto the road which can be very daunting”.