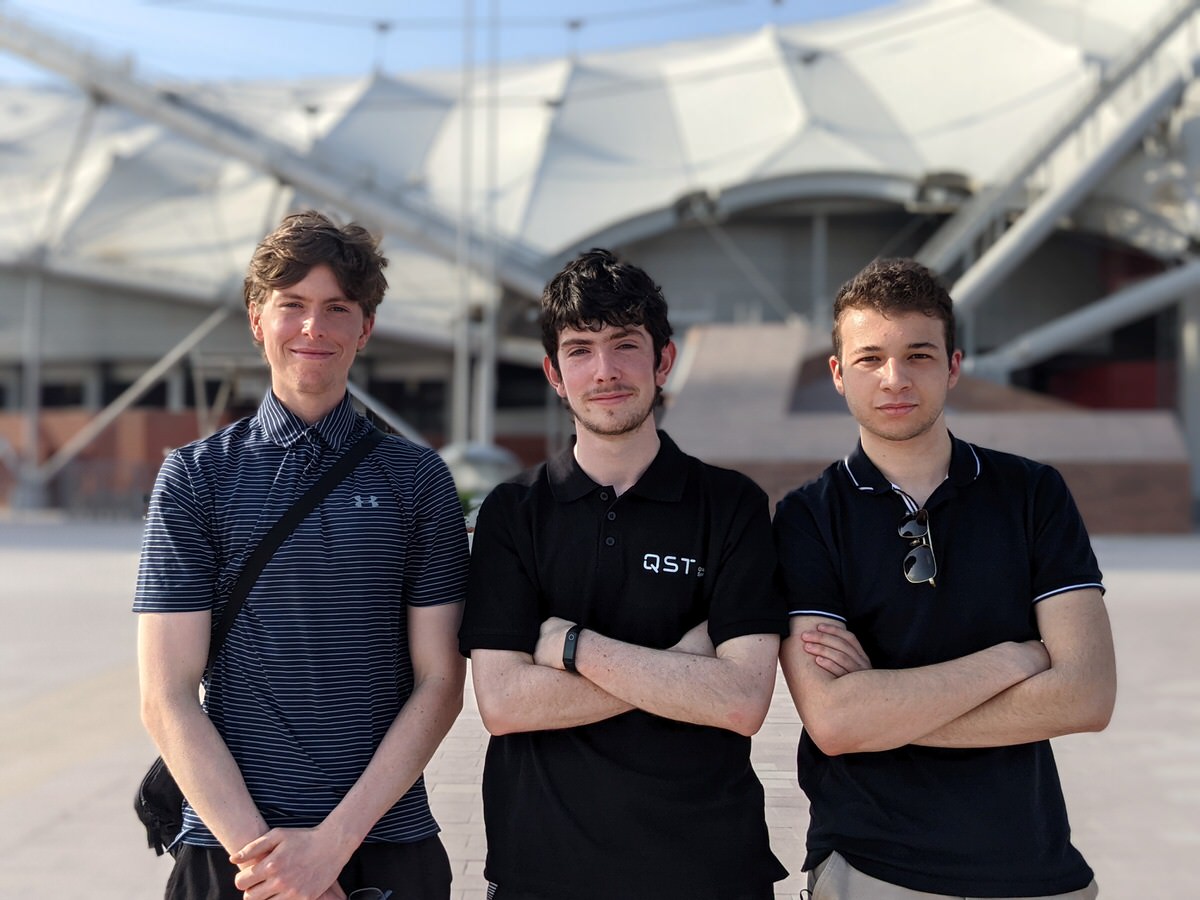 Tuesday, 13th July 2021. Student Entrepreneur of the Year Award 2021 went into the hands of two Trinity College Dublin students, Tim Farrelly and David Deneher, who together with Omar Salem, a student at Queen’s University Belfast, has won €10,000 Enterprise Ireland student prize.
As the Department of Enterprise, Trade and Employment reports, this creative young team developed “a touch-based handheld device that enables people with blindness or visual impairment to feel the speed and energy of sports matches with a granularity that audio cannot reach”.
The idea is simple: they want sports fans who are blind or visually impaired to be able not just the hear the game but also to feel it, from the amount of swerving on a free kick, to the strength of a tackle. Here is how it works — artificial intelligence is used to analyse live video feeds of games, with a specialised algorithm that tracks the location of the ball on the pitch through computer vision. The location is sent to their tablet-like device in real-time, which then uses it to move a physical finger-piece that matches the position of the ball in the game. This immersive experience will allow users to better visualise and experience the match.
Field of Vision was one of ten finalists at the awards. Besides the title and financial award, they also acquired mentoring from Enterprise Ireland to develop the commercial viability of their device.

Here is what lads themselves say about their design on their official website:
“The device we built meets the needs of football fans and the stadiums which they’re used in. It is portable and battery-powered. WiFi, Bluetooth and 5G connectivity allow it to be used in any scenario. The pitch on the top surface can be changed from football to other sports, enabling us to expand our service in the near future.”