Highlights from Apple’s ‘Far Out’ Event 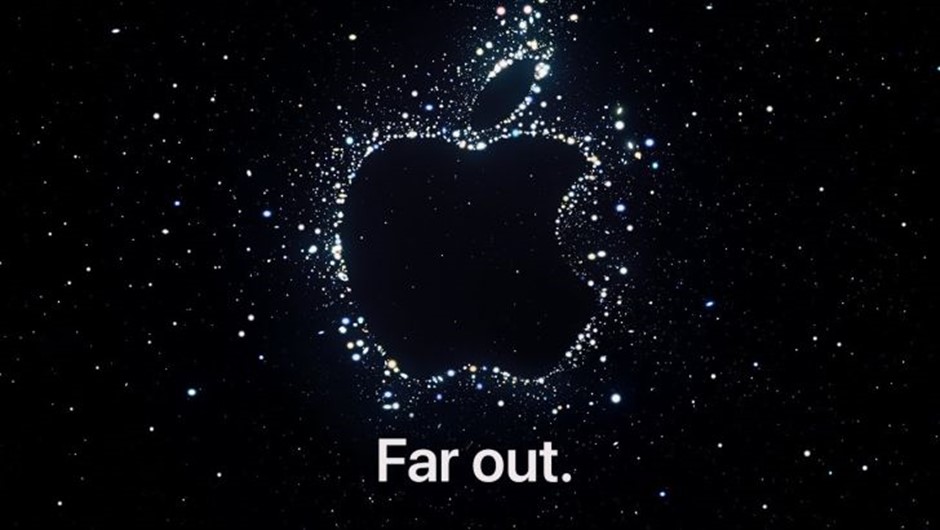 On September 7th Apple held what it called its far out event where they introduced us to the iPhone 14, new Apple Watches, and an upgrade to the Apple AirPods Pro. We will cover here the most relevant information to the vision impaired and blind users of Apple products.

Apple introduced four different versions of the iPhone: iPhone 14, 14 Plus, 14 Pro, and 14 Pro Max. No Mini version this time so for those of you who like a smaller phone hold onto the iPhone 12 or iPhone 13 mini. As per usual there is improvements to the camera and screen. The iPhone 14 processor is similar to the iPhone 13 as they both run on the a15 chip with the iPhone14 having an extra graphics core, but the iPhone 14 pro and the pro Max has the A16 chip.

Satellite communication has been included in the new iPhones but will not be available here in Ireland for a while yet. The feature is currently only available in the US and Canada. This feature will allow you to send text messages to an emergency service if you are out of reach of a network and will make you visible to the Find My Friends app. Another great safety feature: all the new iPhone 14s have the ability to detect a car crash and call the emergency services.

iPhone 14 has a screen size of 6.1 inches, and iPhone 14 Plus is 6.7 inches, which are the same sizes as the iPhone 13 and iPhone 13 Pro Max. If you are interested in colour the iPhone 14 comes in starlight, midnight, purple, blue, and (Product) Red. The iPhone 14 pro is available in silver, gold, space black, and deep purple. Note the iPhone 14 does not have Lidar, but the iPhone 14 Pro and the Pro Max has Lidar available. Lidar is needed for the new door detection feature released in iOS16.

iPhone 14 Pro has an always on display similar to the Apple watch has had for the last few years. Apple claim this does not drain the battery because of its refresh rate. It will be a useful feature for people that can see the screen because of the many ways you can display notifications and widgets on your lock screen.

The iPhone 14 pro will have a camera that will run in up to 48megapixels, but it will only have 12megapixels in standard operation so may not have as much improvement in AI apps that use the camera as we will hope.

The Apple Watch Series 8 looks exactly like the Series 7 with some improvements inside. The Series 8 now includes a body temperature sensor. The body sensor can help with fertility planning and cycle tracking. It also checks your body temperature every five seconds while sleeping and can alert users of changes in their baseline temperature in the health app. It does not perform the same as a normal body thermometer so cannot be relied on to give accurate readings in the case of normal fever.

There is also new motion sensors which can recognise if you are involved in a car crash, along with the microphone it will use its AI to detect if you are in a crash and alert emergency services. It is available in aluminum and stainless steel in the following colours starlight, midnight, silver, and (Product) Red and the stainless steel is only available in graphite, silver, and gold.

The Apple Watch SE got the same chip as the new apple watch 8 which allows it to support irregular heartbeat notifications, car crash detection, and a new low power mode. Updating to the new SE will also allow you to receive updates long into the future.

It is 20% faster than the old SE and comes in Aluminum casing and colours include midnight, starlight, and silver.

The Apple Watch Ultra is designed for people who are into working in extreme conditions or doing extreme sports. It is the biggest watch Apple have ever made as the screen size is 49mm.

It’s really tough, it has a titanium body and a special screen meant to easily resist impacts and scratches. It’s so waterproof you can use it scuba diving. It has a customizable button, dual speakers, three microphones, and because of The larger size it can house a larger battery.

Looking at the trend of this event so far Apple are really big into making sure you do not get lost, the Apple watch has an 83-decibel siren and a new back track feature, this lets you follow GPS waypoints back out of the countryside if you get lost hiking or doing any navigation activities. It also has dual band GPS which gives more accuracy when surrounded by high buildings, this might be good for those who enjoy using mobility apps. It includes an action button to easily switch from different types of workouts and we are sure you can think of other uses for this button as it is going to be customisable.

So why would someone with a vision impairment want one of these watches? Well maybe the bigger screen will suit some low vision users and the screen can be made really bright to make it easier to see. It has dual speakers so voiceover users will find this easier to hear then other Apple watches.

The crown and buttons are designed to be used with gloves so it should be more tactile and easier to feel for the buttons. The battery works to an average of 36 hours and will work up to 60 hours when low power mode is turned on. That is a big plus as battery life is one of the most common complaints from Apple watch users. If you are the kind of person that is worried about getting scratches and bumps on your Apple watch this is the watch for you. The screen is designed so the casing protects its edges, and the product is made totally from titanium. It is available in one colour, Titanium.

So, what’s the downside? The price, The Apple watch Ultra will currently set you back €999. Of course, prices are subject to change.

If you are a fan of AirPods Pro, you will be happy to hear they also have gotten an upgrade. The case has got a loop for a lanyard or another strap to make it easier to carry around rather than stuffing it into your pocket. It can be attached to a bag or your keys. It can be charged now on an Apple watch charging puck as well as a lightening cable or wireless charger. There is a little speaker on the charging case to sound low battery and charging alerts, good for those of us with low vision. It can also play sounds to make it easier to locate. The case can hold up to 30 hours of battery life. The buds themselves now have six hours of battery life instead of five. You can change the volume by touching the stem of the AirPods, so you do not have to take out your phone.

There is improved noise cancelation, and even better transparency mode, the sounds around you are processed at a faster rate due to a new H2 chip, good news for users of Microsoft Soundscape and other mobility apps.

We look forward to getting our hands on some of these products in the future and testing the accessibility improvements.