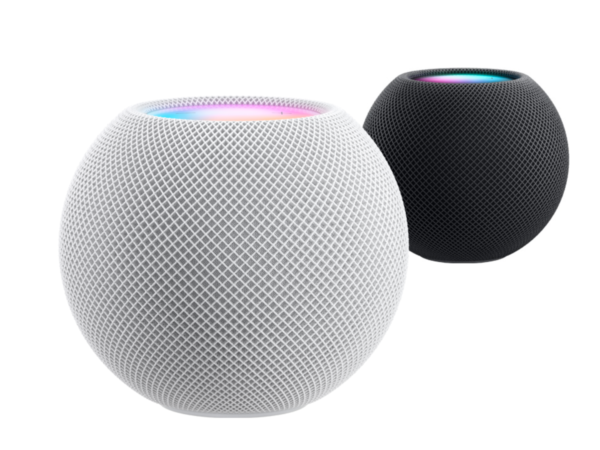 Earlier this month saw the release of the much-anticipated Apple HomePod mini smart speaker in Ireland. How is the HomePod mini set up and what features does it offer in a market already dominated by Amazon’s Echo products and the similar Nest offerings from Google?

So what is it?

The HomePod mini is a smart speaker made for users of Apple devices. It can be controlled with your voice using the wake word “hey Siri”. It is a small device, 9cm tall and 10cm wide, about the size of a tennis ball, maybe slightly bigger. It is spherical in shape and comes in two colours, space grey and white, and is wrapped in a mesh fabric. A touch sensitive panel at the top lights up when receiving Siri commands. There is also a plus and minus for volume and you can double tap to skip forward, triple tap to skip back, and single tap to play and pause.

First you will need an Apple device such as an iPhone, or iPad and Apple ID to set up the HomePod mini. So, as you can see this is only for people who are already imbedded in the Apple ecosystem.

Setting up the device is an easy and relatively quick process. Just plug in your HomePod mini and bring your iPhone close to the device and a pop-up menu will appear on your phone and prompt you to start the process.

The speaker will be now linked to your Apple ID, connected to your WiFi and your Apple devices. The setup is similar to setting up other Apple accessories, like AirPods and AirTags. So, if you have previously done this it should be an easy process. You can set software updates to be automatically installed so this will keep the whole process hands free.

Apple has packed in a lot of technology to make this small speaker sound superb. It has 360 degrees audio that channels the sound down through the bottom of the HomePod mini, so it’s best the device is left on a hard surface such as a shelf or a sideboard. It has room filling sound with no noticeable distortion.

It supports multi-room playback, so you can start playing something in the kitchen and then you can ask Siri to carry on playing in the sitting room. When you have HomePod minis in multiple rooms you can also use the intercom feature to broadcast an announcement.

It can be paired with other HomePod minis for stereo sound. This can also be useful if you pair the HomePod mini with your Apple TV and use it as a speaker for a better audio experience.

Siri can recognise the voices of your other family members, which will help you get personalised results for music and podcasts nd so on.

Even when music is playing at volume the HomePod mini will pick up your voice as it has four microphones. It uses advanced signal processing to help recognise the hey Siri command and take action quickly. One of the microphones is for echo cancelation which helps Siri hear you over the music and provides noise cancelation to cut out background noise.

A feature called Intercom has been introduced to the HomePod mini. This is similar to features found on other smart speakers such as broadcast from Google Home, and Drop in from Alexa.

Intercom allows you to broadcast announcements to the other HomePod minis in your house or to send quick messages to your other Apple Devices such as iPhone, iPad, and Apple Watch.

Another main feature of the HomePod mini is its ability to control smart home devices. It does this through Apple HomeKit. You can control lights, heating, locks, security, power outlets and more.

Apple HomeKit works with most of the popular smart home devices such as Philips Hue, Yale, Ikea, and Hive Home to mention a few. A full list can be found on Apple’s website.

When you use the Apple HomePod mini to control your smart home devices it can work as a smart hub in your home so there is no need to install multiple hubs.

The HomePod mini is a very good smart speaker, especially for those who like to use Siri and Apple devices. Note this cannot be set up with an Android device.

We have written a lot about Siri in the past and of course it can do all the basic Siri commands such as create notes, set timers, set reminders, alarms, and even send messages and make calls as well as the added features mentioned above. It can also perform Siri commands from the Shortcuts app on your iPhone, which will be a really useful feature for some people.

The Apple Home Pod Mini retails at €99 from the Apple Store Online.