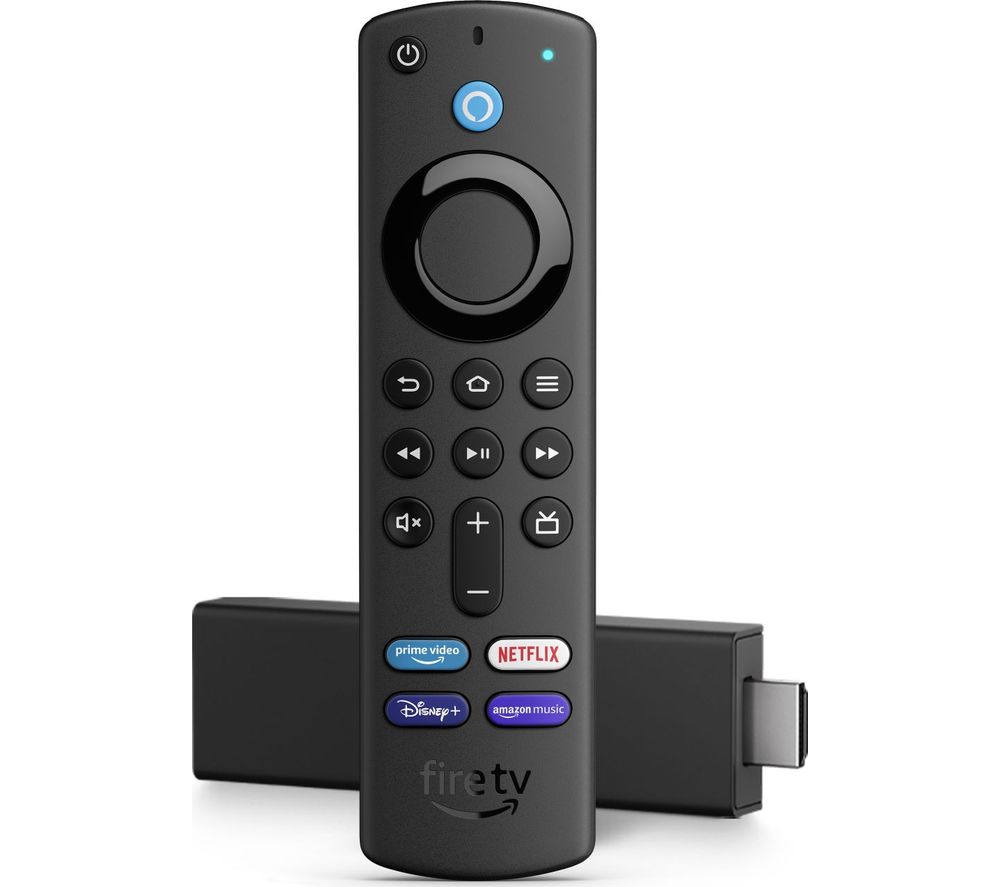 In the latest of our Technology Product Reviews, Joe Lonergan in the NCBI Labs team provides us with an insight into the Amazon Fire TV Stick 4K Ultra HD with Alexa Voice Remote, a streaming device from Amazon that plugs into your TV’s HDMI port to give you access to your favourite TV shows, movies, and subscription services.

The Amazon Fire Stick 4K with Alexa voice remote is a digital streaming device that plugs into the back of your TV through a HDMI port. It is an accessible streaming device with a screen reader called VoiceView. It has high contrast and a magnifier for low vision users. Initial set up was difficult so I chose to have sighted help to set up the device especially when it came to picking a language and the Wi-Fi network. Also, I needed help linking some of the apps that I subscribe to such as Disney Plus, Netflix and Apple TV Plus, mainly because I used the QR code option to link the accounts and it was difficult to get the QR code into the camera square without sighted help, but once initial set up was complete I was mostly able to use all of these apps and access content.

VoiceView can be turned on by pressing the back and menu buttons for a few seconds. After VoiceView started, the Fire TV launched a brief tutorial to show you how to use VoiceView. You can exit this if you prefer.

The remote is really good because it has an Alexa button. It is easy to use because there is not too many buttons, and it has a big directional button with a select button in the middle. After a while it is quite intuitive to use. I also linked it to my smart speaker. This was not difficult as I was able to discover devices with a voice command and it found the fire TV on my network.

I can give voice commands such as launch Netflix, Play Paddington on Amazon Prime, play Ted Talks on YouTube and so on. If you choose to link your video doorbell to the device, you can say Alexa show me the front door on Fire TV and you will get a view of what is happening at your front door on your TV screen. You can also turn off the TV if you are in a different room using Alexa.

At first, I plugged it in but did not get any guidance with set up from the device, so I needed some assistance. But after setting up I was very impressed, and I was able to use most apps straight away. Also, it was a pleasure to be able to find content with a voice command using Alexa.

After a few days I got the hang of most features and I found myself using the Alexa button to do a lot on the device like launching apps such as Disney Plus or asking for programs by name. Naturally enough I found it tried to use Amazon Prime as its default for most programs.
A lot of programs have Audio description on apps like Netflix, Prime, and Disney Plus. This can be turned on universally in Settings> Accessibility and audio description and select it too on.

Yes, it is fully accessible after set up.

I liked how easy it is to use after setup. I loved that I could connect it to my Alexa smart speakers for handsfree use with voice commands. The voice remote was good and easy to use. The remote also had an Alexa button which is very handy.

It can turn your old TV into a smart TV.

I would have liked if it were easier to set up. The remote is not very good when it comes to inputting text like passwords, but you can connect a Bluetooth keyboard if you have one available.

It met my expectations.

I would like if it were more accessible at the set-up stage.

Yes, the Chromecast with Google TV. Both devices are so similar I am not sure which one I prefer. They both support the same streaming apps. I seem to remember the Google TV was easier to set up.