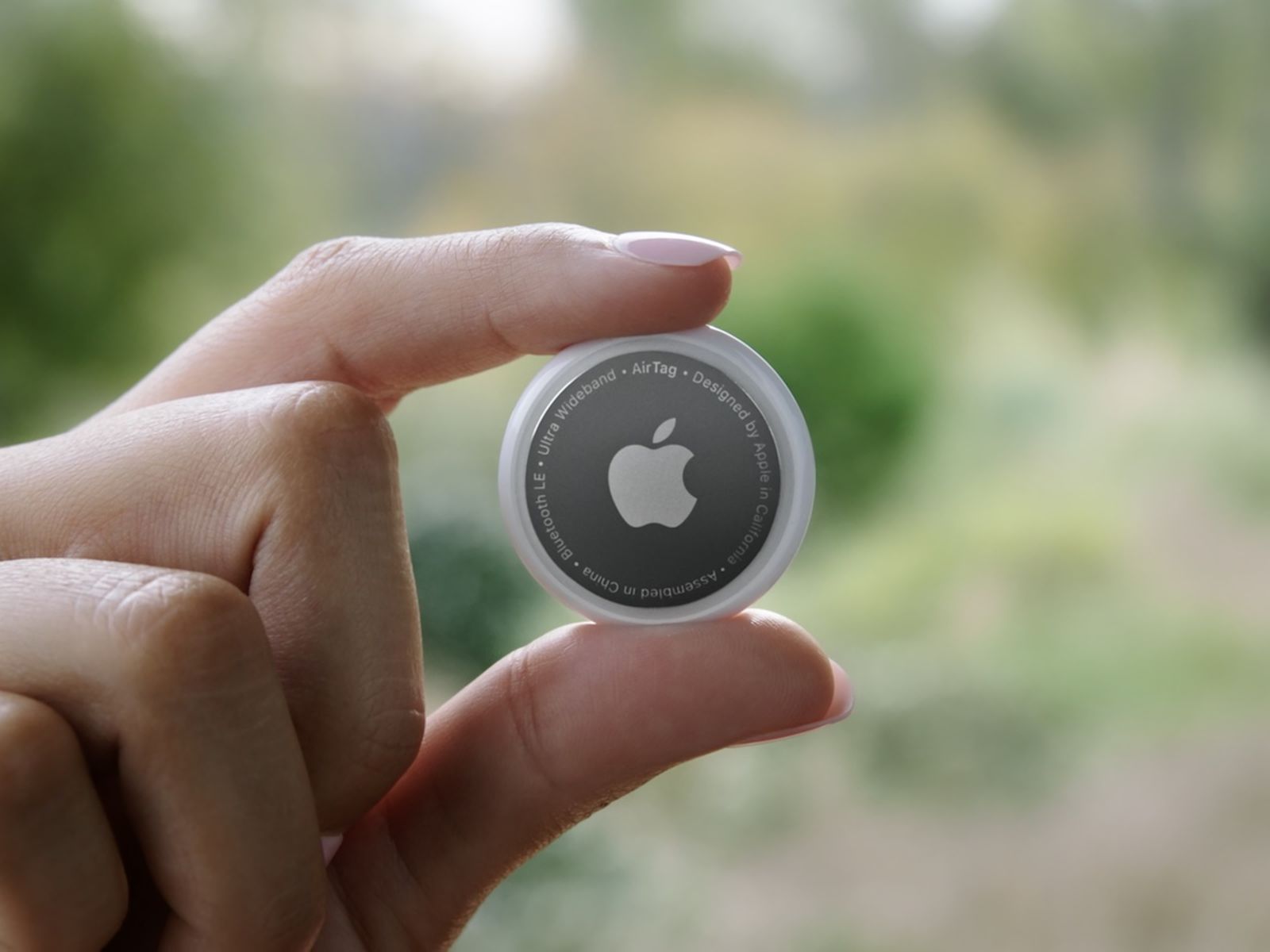 In the second of our Technology Product Reviews, JP Corcoran in the NCBI Labs team provides us with an insight into the Apple AirTag tracker.

The AirTag is a Bluetooth tracking device developed by Apple that can help you locate misplaced items such as keys, wallets, purses, luggage, backpacks and more.

The AirTag itself is a small, lightweight, stainless steel disc (a little bigger than a 2 euro coin) with the Apple logo on one side. You can personalise the other side with a free engraving from Apple.

AirTag can currently be purchased separately for €35 or in packs of four for €119. Accessories like keychains and luggage tags, which hold the device, are also available and sold separately.

I found AirTag setup very straight-forward. I first took the device out of the box and pulled out the plastic tab to activate the AirTag. I then held it next to my iPhone, which automatically detected the tracker and prompted me to set it up. It was much like setting up my AirPods or HomePod smart speaker. Finally I gave my AirTag a name, in this case “JP’s Keys” before adding it to my keychain.

Fortunately (or unfortunately depending on which way you look at it) I never lost my keys so didn’t have an opportunity to put my AirTag to the test. Nonetheless I decided to take matters into my own hands and ask a colleague to hide my AirTag outside nearby so I could try find it.

To locate my AirTag I first needed to open the Find My app on my iPhone to see the tracker’s location on a map. I could then use the app to play a sound from the AirTag, which helped me locate the nearby item. It’s worth noting that if you have an iPhone 11 or higher you can use Precision Finding, which will tell you how far you are from the missing object and guide you to it via on-screen directions.

Yes. AirTag includes support for the accessibility features built into iOS. You can also find your AirTag using Siri. Just say “Hey Siri, find my…” and then the name of your AirTag. Your AirTag will then start playing a sound, so you can locate it by ear. This works with iPhones, HomePods, and other Apple devices.

What’s more, if your item is properly lost you can mark it as such on the Find My app so you’re notified when another iPhone detects it, wherever it is. Whenever that happens you will be able to see its most recent location on a map. Impressive stuff.

The AirTag definitely met all my expectations. It is sleek, looks good with its accessories, is straightforward to set up, and works really well.

Apple AirTags help you to keep track of all kinds of products – but only if you’re already tied to Apple’s ecosystem of devices. It’s highly unlikely to happen but I’d like to see them work on Android too.

The battery life was expected to last a year on my AirTag but I needed to replace it well before that (a low battery level notification appears in the Find My app). Having said that, a CR2032 lithium battery is not hard to come by – I picked one up in Dealz for €1.50.

Would I recommend this item to others?

Yes, if you’re an iPhone user and the kind of person who tends to lose track of your keys and other items on a regular basis then AirTags are for you.

I’m aware of Tile trackers but haven’t yet had a chance to try them.