Microsoft to end its support for Soundscape App 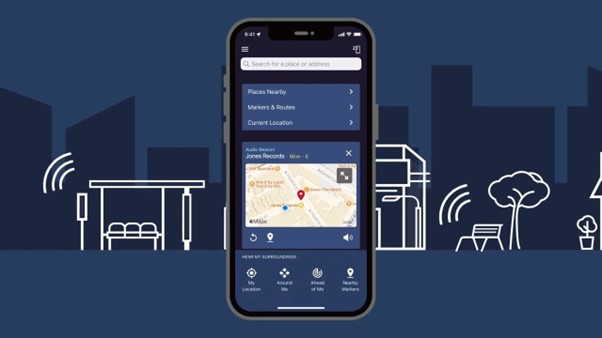 On Monday December 12th Microsoft announced that Soundscape, the popular mobility app, will be no longer available for download from the App Store from January 3rd, 2023, and that existing installations of the app will only work until the end of June 2023.

For us here in Ireland, Soundscape is a relatively new app. NCBI helped to launch the Soundscape app on 3rd August 2021. It was previously available in other regions of the world for the last six years.

Microsoft has always described Soundscape as a research project but now they have decided to transition it to the next phase by saying they are sharing it for broader development.

Whereas it is disappointing that Microsoft is not putting its weight behind the project anymore, it is positive that the software for Soundscape has been left as open source. This will allow other developers to take on the project or possibly some navigation or mobility apps will decide to build the fantastic 3D maps sound feature into their own apps or service.

Microsoft said it hopes the open-source software release of the Soundscape code supports the community in further developing confidence and utility of spatial audio navigation experiences. Some people have used Soundscape on a regular basis as a navigation tool, a Points of Interest finder, and to put markers on places where there were none before, so for these reasons we hope this software is kept alive in some form. It has even been reported that mobility trainers are using it as a tool in their mobility training to set markers and plan routes, so we can see how much of a loss to the community Soundscape will be if it is not taken on.

But we will hold onto Microsoft’s positive attitude and commend them for starting an amazing project and then making the software available as open source on a platform called GitHub.

It all depends who takes on the Soundscape journey, but we think next year will be one to watch when it comes to navigation apps.