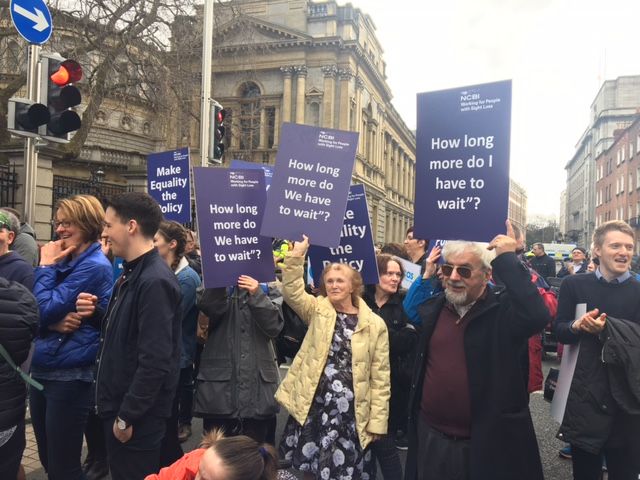 The laws protecting the rights of visually impaired people in Ireland have been copper fastened with the long awaited ratification of the historic UN Convention on the Rights of Persons with Disabilities.

Ireland has finally ratified the Convention, ten years after it was signed, making it the last country in Europe to do so.

Today, Chris White CEO of the NCBI, said “We are very pleased with the ratification but it should never have taken this long. It is unacceptable the people with visual impairments, together with other groups with disabilities, have had to wait for what is essentially their basic equality rights”.

“This ratification does not bestow additional rights on the visually impaired, it just outlines that they have the right to work and access education, receive information in an understandable form and be involved in sport and culture on an equal basis. While the UN Convention is very historic and very welcomed, it is basic human rights and we in the NCBI have always advocated for full equality and autonomy for the 54,810 people with visual impairments in Ireland”