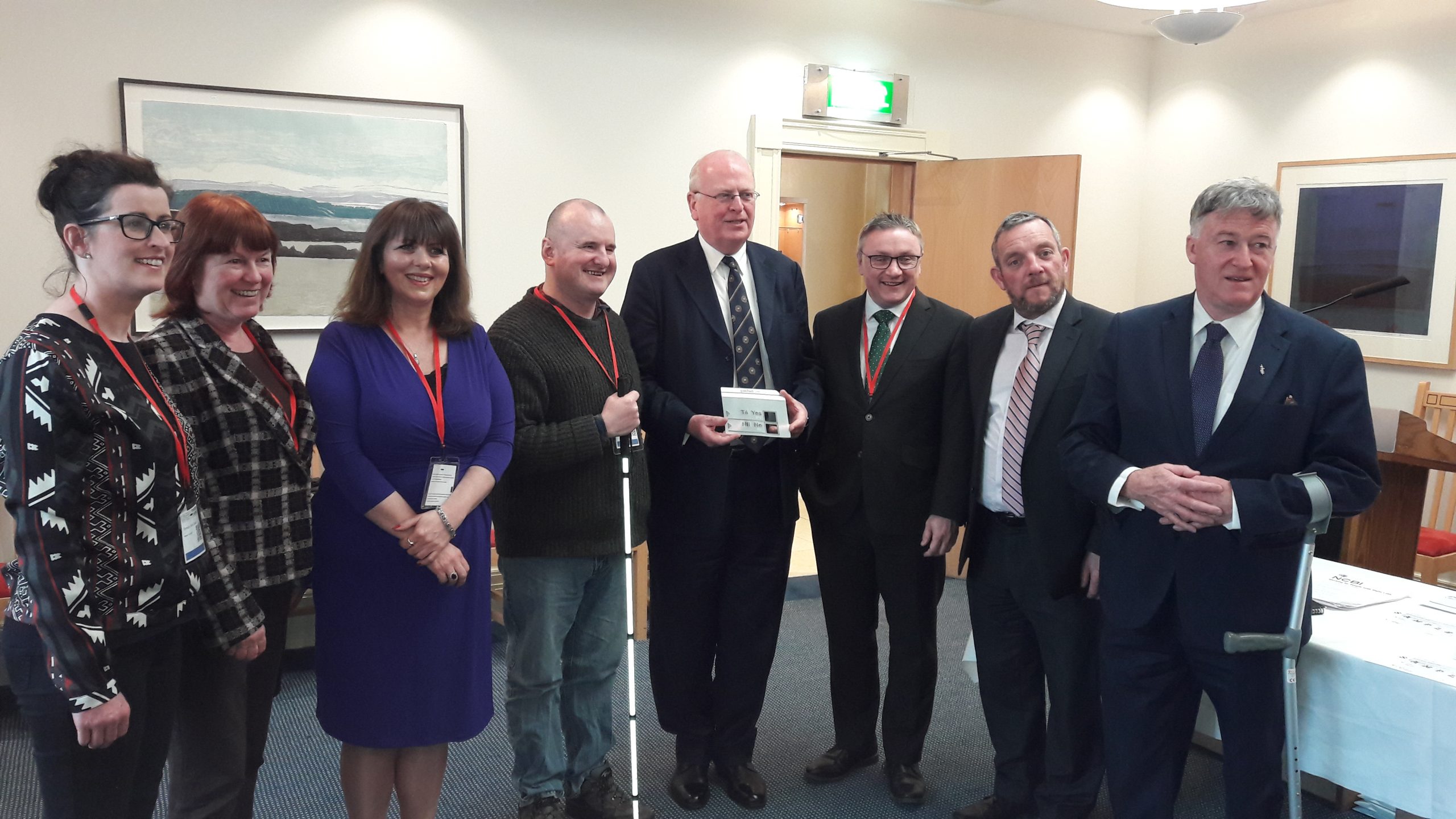 There was a large turnout of Senators and TD’s at an information event on Tactile Ballot Paper Templates held in Leinster House today.

Organised by Independent Senator John Dolan, in conjunction with the NCBI, the assembled gathering had the opportunity to learn about the templates and hear the background to the landmark court case which paved the way for their introduction.

Wexford man, Robbie Sinnott, who is visually impaired, sued the state in a bid to ensure that people with visual impairments could vote in complete privacy and secrecy.

Justice Tony O’ Connor ruled in March 2017 that the state has a duty to provide arrangements allowing people who are visually impaired to vote privately.

The Department of Housing, Planning and Local Government, took recommendations from the NCBI on developing the templates.

Senator Michael McDowell who represented Robbie Sinnott for his High Court appearance, said the case, while historic and ground breaking, should not have had to happen, adding that people with sight loss should not have to fight so hard for their rights. He reminded people that Robbie had spent 8 hours being questioned in the witness box. The Minister for Housing Eoghan Murphy attended the event and acknowledged that the issue should never have had to end up in court.

Senator John Dolan thanked Robbie for his tenaciousness and quipped that it was Robbie’s stubbornness that propelled him forward and ensured he brought the case as far as he could.

Addressing the crowd, Robbie Sinnott , said he is looking forward to exercising his franchise but reiterated the fact that the templates have to be pushed out for General Elections and not just Referenda, as is currently the case.

Chris White, NCBI CEO said that it is important that the rights and dignity of people with sight loss are recognised, and referred to the Constitution saying that its pledge to cherish the children must include  cherishing those with sight loss.

He said that NCBI will continue to advocate for a fully inclusive voting model with the Australian model ,whereby internet/telephone assisted voting is used in certain parts of that country is the method  most favoured by the organisation.

It also offers an automated voting option that uses pre-recorded voice prompts and allows the voter to use the keypad on their phone  to vote independently .

The cost of developing the templates for this referendum is €48,000.

Those who wish to try out the templates in advance of the referendum may do so at NCBI offices throughout the country.