There’s a new Apple TV on the block 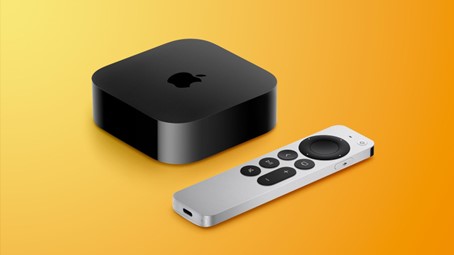 Sometimes when Apple launches a new device it can be a bit of an event, other times it can be a simple press release without much. We got one of those press releases this week as Apple announced a new Apple TV, so let’s take a look at apples latest toy and see if it’s worth your hard-earned money.

What is Apple TV?

Despite its deceiving name, the Apple TV isn’t a TV that you hang on your wall. It’s more like a box that plugs into your big TV that lets the TV do cool stuff. It can obviously play shows and movies, but it can also do stuff like watch YouTube videos, play games, go shopping, all sorts of stuff. The great thing about Apple TV is that it has VoiceOver and Siri, just like Apple’s other devices, so if your used to using an iPhone or iPad you’ll quickly feel right at home.

Apple TV 4K third generation is the latest version of Apple TV and it’s got some interesting changes. From a new chip to a new price, let’s check out what’s new.

What is new with Apple TV?

The first thing that’s new on Apple TV is the chip. The device now has an A15 Bionic inside which is the same chip found in the iPhone 13 and 14. This new chip will probably be most noticeable to gamers as it should in-crease the speed and performance in games. Alongside the new chip in the box now also outputs a higher quality image. It’s supports new forms of 4k and HDR, so your shows and movies will look even better. These changes might not be of much benefit to those with no vision, but if you have low vision the clearer image might be of use to you.

Siri can now recognize your voice, so it can tell the difference between you and your family members. This will give you a more customized experience when talking to Siri. The Siri Remote has also got an upgrade and now uses USB-C for charging. The old remote used Lightning which you’ll be familiar with from iPhone, but USB-C is a newer standard.

The final big change is the price. If your happy just using Wi-Fi and 64GB the new Apple TV costs €169, but if you’d rather go for a device with added Ethernet and 128GB then you can do that for just €20 more at €189. If you have an Apple TV 4K already this might not be worth the upgrade. For blind users in particular there isn’t much to justify the extra spend. If, however you’ve been considering Apple TV well now looks like a great time to buy it. With VoiceOver, a new chip, and a cheaper price.

You can hear a discussion about the Apple TV on our most recent Podcast Talking Technology with NCBI Labs Episode 17.