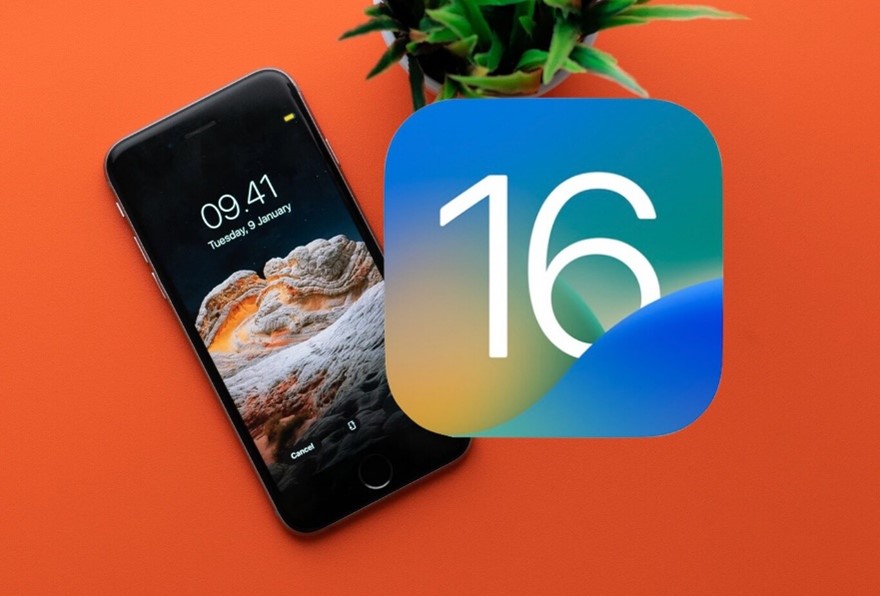 After announcing its big yearly operating system update in its WWDC keynote on June 6 this year, and following months of beta testing, Apple made iOS 16 available to be installed on iPhones on September 12. iOS 16 includes a revamped lock screen, security and privacy improvements, new features in Messages and Mail plus many other subtle changes for the better.

Let’s check out the accessibility improvements most relevant to blind and vision impaired users.

The excellent screen reader on the iPhone VoiceOver has gotten many new voices and 20 new languages and accents. You can explore these and other new options by going to Settings > Accessibility > VoiceOver > Speech > Voice. These new speech options are also available in Speak Screen and Speak Selection.

But the most surprising development was that the famous voice eloquence was introduced to the iPhone. This is a much-loved voice among the screen reader community as it has been used for JAWS, a windows-based screen reader, for years and allows you to read in high quality at a high speech rate.

Siri gets a few new features as expected. You can ask Siri to shut down and restart your phone, hang up a call and more. Not all these actions will work on the older phones, but you can experiment with your version of iPhone.

Siri has received new tones; this is set at a lower frequency for those that have hearing difficulty.

You now have the ability to control the amount of time Siri will wait for a response. You can adjust this by going to Settings > Accessibility > Siri and choosing among the 3 options. The default setting is what we have had from the beginning, but there are now options for “Longer” and “longest”. We are hopeful that this change will be good for some users as we get many complaints that Siri is too quick to cut people off in mid-stream.

Now when using dictation in a message it will try to put in automatic punctuation, and also has the ability to dictate emojis. This will be another time saver. Again, this works better on newer iPhones especially dictating emojis.

Magnifier has introduced something called Activities. If you are a regular magnifier user, you will find you will need different types of configurations for different tasks. For example, you might need different colour or brightness set up for reading a restaurant menu opposed to reading post in your own house. You can save your preferred Magnifier controls, including camera, brightness, contrast, filters, and more as an Activity, and quickly switch between them.

The much talked about door detection has come to the Magnifier app but only on Pro models of the phone, so is only available on iPhone 13 Pro and 14 Pro and Pro Max. The detection button is available on the bottom right of the magnifier app and when enabled it can tell you the location of a door, if there is any text on the door, the location of the door handle and it can even tell you if the door is open. This feature is in its infancy and uses a technology called Lidar. The detection mode in magnifier also has two other buttons, people detection and image detection. We can’t wait to trial these features.

Hang up with the side button

Apple have reintroduced a feature that was available in the early days of the iPhone. You can now hang up your iPhone using the side button. For some people that have difficulty with the gestures or finding the on-screen hang up button this will be useful.

In iOS 16 there is a new feature that will allow iCloud to automatically verify your account and remove the need to fill in Captchas. This is great news for blind and vision impaired users as sometimes these captchas are almost impossible to get past and the audio captchas are so difficult to hear and are usually no help. The one stumbling block is that this feature will rely on developers of websites enabling the feature so it might take a while to get off the ground. It will most likely use Touch ID or Face ID to verify.

To summarise there are some great changes and improvements in iOS 16. But keep in mind not all the changes will work on the older models of iPhone. Some models will not even allow you to upgrade to iOS 16. This includes anything below the iPhone 8. Apple once again shows it is the leader of positive change when it comes to accessibility.

The update was released on September 12th. If you have not updated already some VoiceOver users like to wait for 16.1 to be launched to iron out any bugs. To check for updates go to Settings > General > Software Update and check for updates.

To find out more about these and other features and enhancements introduced in iOS 16 you can listen back to our latest podcast Talking Technology Episode 15.