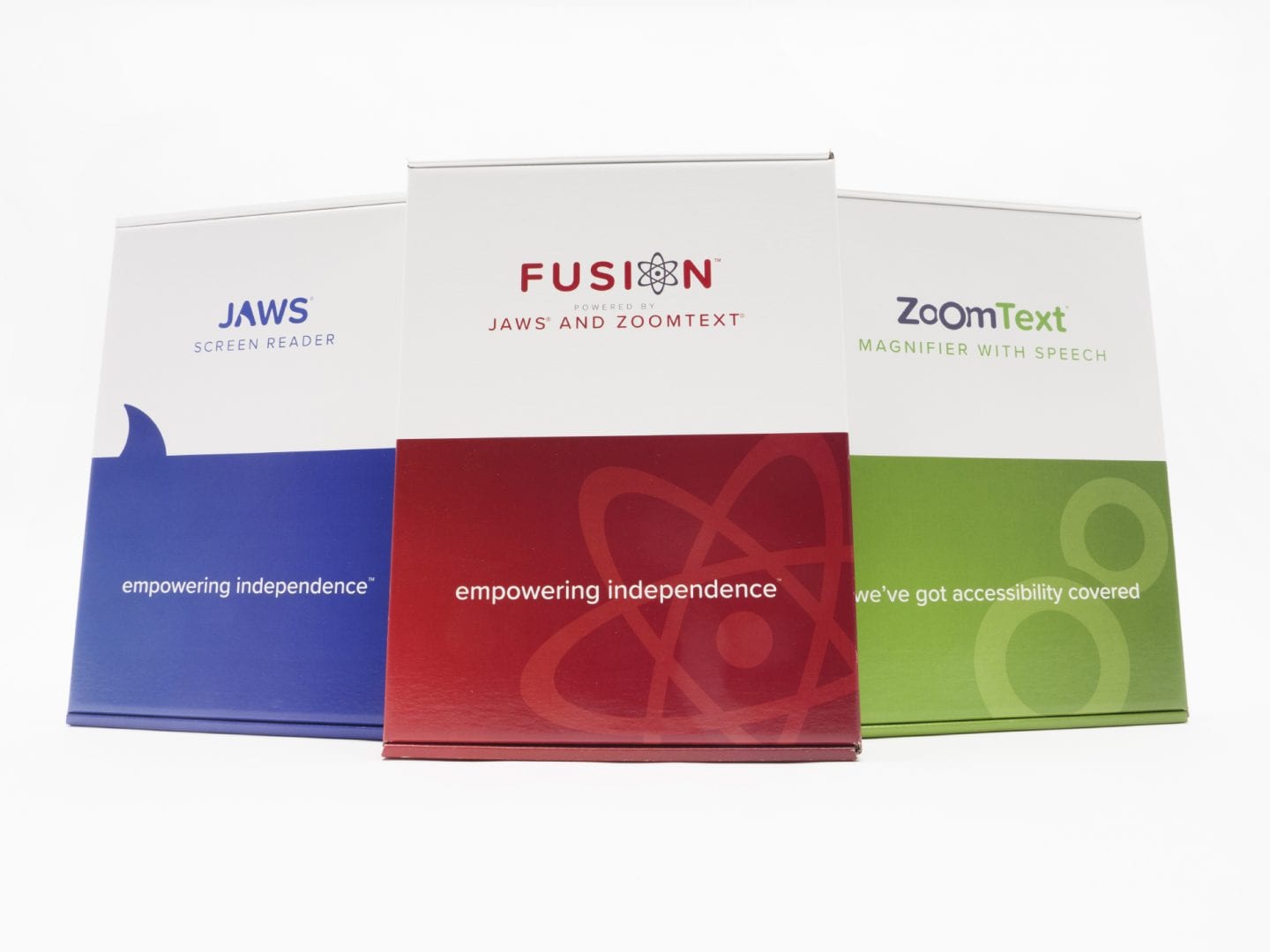 It’s that time of the year again that we get a new release of JAWS and Fusion from Freedom Scientific. We will highlight the main features that are new to JAWS and Fusion users.

JAWS and Fusion have introduced a feature called Smart Glance. In our mostly visual world, webpages are generally made for people that can see so certain parts of the webpage are made to look good or different so it will highlight text to the reader. But a screen reader user will not notice this. Freedom Scientific has introduced Smart Glance to combat this and keep the screen reader user in the loop.

In a perfect world most websites would have their highlights down as headings, but this is not the case with some websites, especially shopping sites. Freedom Scientific give the example of the Amazon website where lots of things are made to stand out to the sighted user but a screen reader user will not notice this unless they are using Smart Glance. So now when a web page first loads, JAWS announces the number of glance highlights along with the number of links, headings, regions, and form fields.

In addition, you can configure JAWS to play a sound to indicate a glance highlight as you navigate by character, word, line, sentence, paragraph, or when reading with Say All. For this new feature, Freedom Scientific has introduced some new quick navigation keys:

The above new feature should help with the ever-changing way that webpages are being designed.

We really like this feature, the notification history feature was introduced in the JAWS 2022 June update, and helps you manage the large number of notifications that can be received from Windows and applications on a daily basis.

This feature has come about due to the increase in virtual meetings in the last few years. A JAWS/Fusion user could be on a Teams meeting for an hour or so and in that time the user could have received ten or more notifications, it is not always possible to hear properly what the notification was because people were talking, and you could not hear JAWS as well and after the notification has disappeared from the screen it can be very difficult to find it again. But with the Notification History feature you can press the layered keystroke Insert + Spacebar followed by the letter N, a dialog box opens and displays a history of all notifications received in the last 24 hours while JAWS or Fusion was running. You can navigate the notifications with your arrow keys

JAWS and Fusion 2023 have made several improvements to managing notifications based on feedback from users. Some key enhancements include:

Users of JAWS and Fusion are faced with an increased need to work with complex web forms, tables, and applications that run inside a web browser. JAWS and Fusion’s existing Smart Navigation feature offers a more efficient way to navigate in web-based applications with the Virtual Cursor, as the LEFT and RIGHT ARROW or CTRL+LEFT and CTRL+RIGHT ARROW commands move by control instead of character and word.

Examples of this could be found in office 365 or in Salesforce applications. This makes Navigation such as moving across toolbars, tab strips, and navigation links more like navigating around a desktop application.

Above are the most noteworthy improvements. There has also been lots of bug fixes and improvements to the software using specific devices but too many to mention.