Number of people with vision impairment in Ireland 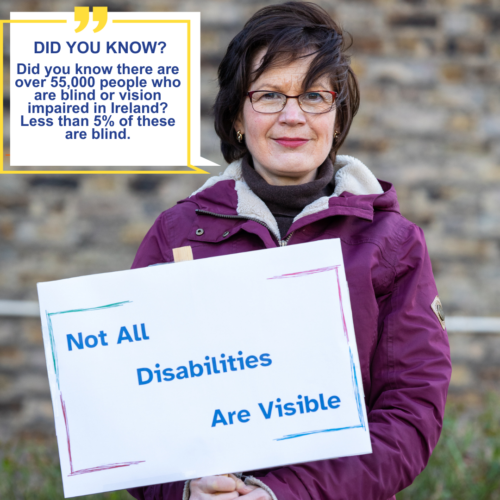 This means that approximately 52,250 people across the country have a form of vision impairment or are affected by sight loss in some way. The impact of vision impairment varies from person to person. Some people may be able to continue their lives as normal with their residual vision, while other people will require training, support and more to adapt to losing significant aspects of their vision.

What is the leading cause of sight loss in Ireland?

There are many different types of eye conditions that lead to vision impairment and each of those conditions affects a person’s field of vision in different ways. Residual vision can be further impacted by outside influences, including lighting.

Age-related macular degeneration (AMD) is the leading cause of sight loss in Ireland for people over the age of 50. There are two forms of AMD – dry AMD and wet AMD and both cause progressive sight loss.

There are a number of symptoms of AMD that affect vision, including distortion, where straight lines appear wavy. As the condition progresses, it can lead to the loss of a person’s central vision, leaving only peripheral vision available.

Learn more about AMD and sight loss in the Vision Series 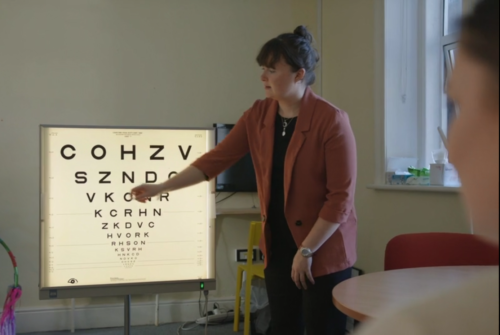 In a bid to cut down the number of people on waiting lists and the wait time for appointments, NCBI has been continually campaigning for increased recruitment across the ophthalmology sector in Ireland. There is a shortage in the number of consultants in this field in Ireland, which is leading to waiting list issues. With such long delays for appointments, diagnosis and treatment, adults and children who are experiencing sight loss run the risk of longer-term and potentially irreversible damage to their sight.

If you have been recently diagnosed learn more about NCBI 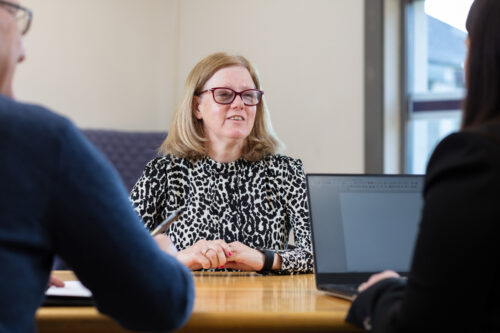 Maintaining and maximizing a person’s independence is central to all NCBI’s services and ensuring their active participation, retention or return to the labour market is a
crucial part of this. Being in employment or self-employment boosts financial independence, mental health and social interactions.

The Census shows the level of labour force participation amongst people who are blind or vision impaired in Ireland is only 24.4%. This figure means less than 1 in 4 people with impaired vision are currently actively participating in the labour force. People with vision impairment have a 60% less chance of being in employment than the general population.

More information on our employment services 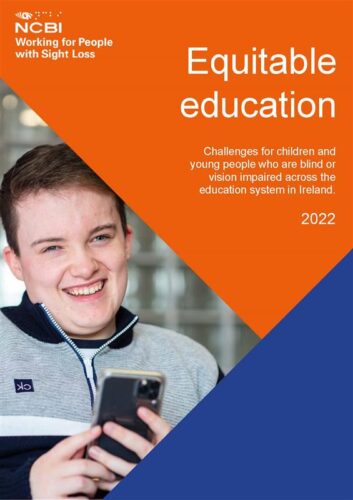 NCBI has a dedicated service for children and young people with vision loss that works to reduce the impact of vision loss on early development, learning and independence skills. Census 2016 figures show that since 2011, there has been a 20% increase in the number of children with vision impairment, which equates to 4,701 children of school-going age. An increasing number of children and their families are supported by NCBI each year, including 1,225 supported in 2021. This trend highlights the need for a more structured and equipped educational system, which is well-positioned to support children and young adults to fulfil their potential across our educational systems.

Evidence from AHEAD show the extremely low representation of students who are blind or vision impaired in third level which has been reducing over the past number of years from 1.8% in 2015/2016 to 1.6% in 2019/2022. On paper, Disability Access Route to Education (DARE) should be improving access to tertiary education for young people with a vision impairment but in practice, it is not achieving that goal.

NCBI recently released our Equitable Education report which focuses on strategic developments required to support children and young people who are blind or vision impaired to become independent active agents in their futures. 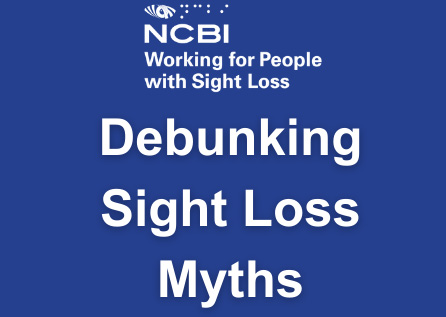 NCBI recently launched an online campaign called Debunking Sight Loss Myths, where we challenged perceptions that some people may have about sight loss. This campaign consisted of six dedicated blog posts and six dedicated posts and advertising across NCBI’s social media channels. The campaign was targeted toward people who may not ordinarily be engaged with or who may not know about the work that NCBI does with the sight loss community.

If you wish to check back on all six parts of the series you can do so: